In a general scenario, There are so many plants around us. We know very little about them. Existing from mountain peaks to deserts and to the deep oceans, from extremely cold conditions to extremely hot ones and many more, such diversity is the symbol of nature.

Studying as it is, would be a very difficult task. People have tried to study diverse organisms in nature and have tried to make groups of them on the basis of differences and similarities found among them.

In plants, there are different plants in names and they differ in their features. They are divided into monocots and dicots. 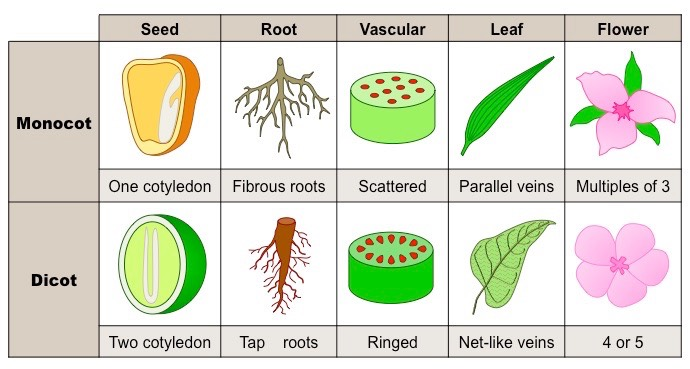 Difference between Monocots and Dicots :

As a result of the preceding discussion, we can understand how grouping is done by observing the similarities and differences among diverse groups.